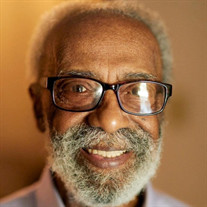 Warner Leander Tyler was born on Tuesday, July 30, 1935, in New Orleans, Louisiana to Sentell and Irma Gray Tyler. He was an adoring husband, a loving father and grandfather, brother, uncle, cousin, and a faithful friend. Warner enlisted in the United States Air Force (USAF) in 1953, and it is there he completed his secondary education. He served his country for four years and was honorably discharged in 1957. He later studied Business and Commercial Law at Dryades YMCA School of Commerce and graduated in 1963. He met the love of his life in the early 1950s, the former Yvonne Williams, when she was a student at St. Mary’s Academy. They met as teenagers through Yvonne’s sister Rosemary (Mae-Mae) during carnival season in New Orleans. Initially, Yvonne was not impressed. He was too chatty and too arrogant for her taste. Though they developed a friendship, it was after Warner’s visit home during a furlough that they began to exchange letters. This eventually blossomed into a forever love, and the two were joined in marriage May 10, 1958. They took seriously the vows that nothing but death would sever their bond. Into their union they brought 10 children—six girls and four boys—whom they consider their greatest blessings and achievements. After serving in the USAF, Warner began a career in sales at Western Auto, a major auto parts supplier. He picked up an additional job to support his growing family and to put himself through business school. Because of his work ethic and integrity, he became the first African American manager of Western Auto in the region and was lauded as an excellent leader. After nearly four decades with the company, he retired. Unable to settle into this new role, he worked part time at Advance Auto and Family Dollar. When he finally became accustomed to the idea of retirement, he ceased all part-time work and spent time reading, drawing, working in the yard, analyzing national news, and baiting others into debate on Facebook—his favorite pastime. Warner rested from his labors on this earth on Saturday, February 12, 2022, in the home he shared with his wife and daughter. He leaves behind to honor and cherish his memory his wife of nearly 64 years, Yvonne Tyler; four handsome sons—Gregory Tyler (Troy), Dennis Tyler (Gary), Jeffery Tyler, and Ferran Tyler (Deon); four beautiful daughters—Valencia Newkirk (Dennis), Chandra Mountain (Vaughan), Angela Tyler-Wiltz, and Danielle Tyler; a host of grandchildren and great-children; three sisters—Yvette T. Harris, Cheryl T. Golson, and Elaine Tyler—nieces and nephews, brothers- and sisters-in-law, cousins, friends, and Mansfield Avenue Family. He was preceded in death by his parents, Sentell and Irma Tyler; two sisters, Gaynell Tyler Brewer and Joycelyn Tyler Douglas; two daughters, Karlette Mary Tyler Holloway and Lori Ann Tyler; and one grandson, Byron Davis. Warner loved family and would not hesitate to celebrate every milestone, victory, and achievement. Through his example, he taught us about commitment, loyalty, and hard work. He lived a full life and left us all with a model of how to walk with wisdom, contentment, integrity, and love. Relatives and friends of the family are invited to attend a Graveside Service on Tuesday, February 22, 2022 at Mt. Olivet Cemetery, 4000 Norman Mayer Avenue at 12:00 pm. Arrangements by D.W. Rhodes Funeral Home, 3933 Washington Avenue. Please visit www.rhodesfuneral.com to sign the guestbook.

Warner Leander Tyler was born on Tuesday, July 30, 1935, in New Orleans, Louisiana to Sentell and Irma Gray Tyler. He was an adoring husband, a loving father and grandfather, brother, uncle, cousin, and a faithful friend. Warner... View Obituary & Service Information

The family of Warner Leander Tyler created this Life Tributes page to make it easy to share your memories.

Send flowers to the Tyler family.