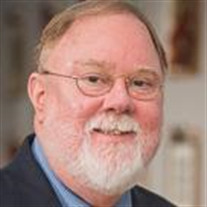 Lindsay Alexis Larson, III passed away unexpectedly on December 21, 2021, at the age of 72. He was born in Houston, Texas on November 11, 1949, to the late Veronica Bordenave Larson and Lindsay A. Larson, Jr. Beloved husband of the late Pamela E. Larson. He is survived by son Derek A. Larson (Andrew); siblings, Karen Larson, Geoffrey Larson, Rebecca Distefano (Tina), Robert Larson (Susan), Veronica Vega (Kenneth), Harold Larson (Lillie), and Emile Larson; and a host of nieces and nephews. Lindsay grew up in New Orleans but attended his junior and senior years of high school at Camp LeJeune in North Carolina where he was on the National Honor Society and voted "wittiest" in his class. After graduation, he returned to New Orleans and earned his B.S. in Political Science at the University of New Orleans and his J.D. from Louisiana State University. He was admitted to the bar of the State of Louisiana in 1976 and he received an appointment as an Assistant District Attorney in New Orleans, where he was chief of the homicide and screening divisions. In 1981, he became an Assistant United States Attorney and served in that capacity until 1983. Lindsay was a mediator who also maintained a legal practice in insurance defense, casualty defense, product liability defense and maritime law. He continued to practice law at King & Jurgens until his death. Lindsay placed a high priority on shaping the next generation of legal minds and served on the Tulane University School of Continuing Education adjunct faculty, teaching Litigation II to undergraduates and graduate students, and had also instructed litigation, evidence, and ethics at the University of New Orleans for 25 years. Lindsay had been an adviser to the Tulane University Law School National Maritime Moot Court Team and had published in the Tulane Maritime Law Journal. He was also a member of the Maritime Law Association and the New Orleans and Louisiana Bar Associations. Lindsay had a great sense of humor and always had a joke or quip ready. His memory will be deeply felt in the hearts of many friends and family as his loss was truly an unexpected and devastating event. Relatives and friends are invited to attend the Funeral Services at D. W. Rhodes Funeral Home, 3933 Washington Ave, on Monday, January 3, 2022, at 1:00 pm. Visitation will begin at 11:00 am. Everyone is required to adhere to all restrictions. You must wear a face mask at all times and practice social distancing. Interment will be private at a later date. In lieu of flowers, donations can be made in Lindsay's memory to Once Upon a Tail Rescue, Zeus' Rescue or Take Paws Rescue. Arrangements by D.W. Rhodes Funeral Home, New Orleans, LA. Family and friends are encouraged to share their condolences, stories, and memories by visiting the online guestbook at www.rhodesfuneral.com.

Lindsay Alexis Larson, III passed away unexpectedly on December 21, 2021, at the age of 72. He was born in Houston, Texas on November 11, 1949, to the late Veronica Bordenave Larson and Lindsay A. Larson, Jr. Beloved husband of the late Pamela... View Obituary & Service Information

The family of Lindsay Alexis Larson III created this Life Tributes page to make it easy to share your memories.

Send flowers to the Larson family.