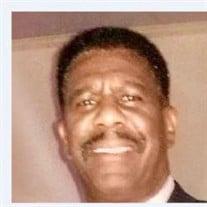 Kevin Leonard Veal went to be with his Lord and Savior, Jesus Christ on January 21, 2022 due to complications from COVID-19. Kevin was born on June 29, 1961 in New Orleans Louisiana to his adoring parents Patricia Ann Lambert and Charlie (Leonard) Veal. Kevin was known and loved by many. He never met a stranger. Once you met him, you knew him forever! Kevin came from a long line of transportation professionals. His grandfather Howard Veal was one of the first African-Americans to lead a team to pave the highways in the State of Louisiana and his Father Charlie Veal, led a long career in leadership with the transportation system known as RTA in the City of New Orleans. Kevin also experienced many transportation ventures and served as a sole proprietor in the trucking industry. He also worked in photography and successfully led construction crews through several projects due to the destruction left from Hurricane Katrina. Entertainment was one of his final journeys. He served in the nightclub industry and later served as CEO of Caraljo Music, Inc., home of the hit single Mr. Big Stuff, along with his wife Carol who serves as CFO. He enjoyed riding his motorcycle, driving his boat and listening to and playing music. He loved his family more then anything. Kevin was preceded in death by his precious Grandmothers, Sarah Veal and Ora Mae Walters, his Grandfathers Eugene Herbert Lambert Sr. and Howard Veal Sr., his mother-in-law Naomi Washington and brother-in-law Cecil Washington. He is survived by his dear wife Carol Washington-Veal; his Mother and Father, Patricia Lambert Veal and Charlie (Leonard) Veal; his loving sons, Kevin Veal, Jr. and Trevon Holmes; his beloved daughter, Paige Lynn Veal O’Neal and his son-in-law Eric O’Neal Jr. His beloved grandchildren Dejai, Nekevia, Makhai and Ethan Veal; his loving sister, Andrea Veal and his only cherished brother, Dr. Don-Terry, Veal Sr. and his wife Dr. Margo Veal; his supportive sisters Brittanae Veal and her husband Henry Onawole and Ivy Veal; his endeared nephews, Don-Terry Veal Jr, and Mason Terry Veal. Kevin was also blessed with a loving blended family, in addition to his wife Carol, this family consist of his father-in-law Carrol Washington, two sons Joseph Foy Sr. (Raychel) and Brian Foy Jr., daughter Brianna Naomi Foy, brother-in-laws, Chad (Carmacita), Kenneth, Cornelius and Floyd Washington and sister-in-law Linda Fay Washington. As well as his cherished grandchildren, Joseph Jr, Ny’lia, Bella and Neveah Foy. Kevin is also survived by a host of loving aunts, uncles, cousins and friends. Family, friends and employees of KLLM Transport, Judges and staff of New Orleans Civil District Court, staff and employees of Regional Transit Authority (RTA), and faculty and staff of Opportunities Academy are invited to attend Kevin’s celebration of life which will be held on Wednesday, February 2, 2022 at 10:00 am in the chapel of Rhodes Funeral Home located at 3933 Washington Avenue, New Orleans, La. 70125. Visitation will begin at 9:00am. Attendance is limited and everyone is required to adhere to all restrictions. You must wear a face mask at all times and practice social distancing. Interment will be private. Arrangements by D.W. Rhodes Funeral Home, New Orleans, LA. Please visit www.rhodesfuneral.com to sign the guestbook.

Kevin Leonard Veal went to be with his Lord and Savior, Jesus Christ on January 21, 2022 due to complications from COVID-19. Kevin was born on June 29, 1961 in New Orleans Louisiana to his adoring parents Patricia Ann Lambert and Charlie (Leonard)... View Obituary & Service Information

The family of Kevin Veal created this Life Tributes page to make it easy to share your memories.

Kevin Leonard Veal went to be with his Lord and Savior, Jesus...

Send flowers to the Veal family.